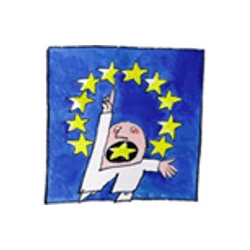 Signatures of ECI Campaign Handed Over

The signatures are the result of a Europe-wide campaign, involving organisations and initiatives in various countries. Most of the signatures are coming from the Netherlands, Poland, France, Belgium and Bulgaria.

The European Parliament’s Vice Presidents have expressed, that it has become very realistic, that we receive a legal basis for the ECI right quite soon (either on the basis of the Lisbon Treaty or if it is not ratified by a regulation) and that there is huge interest to learn from the concrete experience with collecting signatures on a transnational level.

Carsten Berg explained the ECI-campaign and the lessons learned. He also outlined some of the key elements how a European Citizens’ Initiative process should be designed. He underlined the following:
Experience in EU member states has shown that citizens’ initiatives, if “they are to be truly workable, need to be designed in a citizen-friendly way. This is all the more true for a European Citizens’ Initiative due to the far more difficult circumstances at the transnational level compared with the regional or national levels in Europe. It is thus not possible to copy the design of a national procedure and apply it at the EU level. Instead, the procedure needs to be an original creation, adapted to the needs of democratic life at the European level.

If we take into account the specific circumstances at the EU level, which we have encountered, it is easy to see how much more difficult it is to organize and carry out a successful citizens’ initiative at this level: huge geographic distances between us as European citizens, the enormous variety of more than 20 European languages, which we are speaking, and the absence of a common public space are strong communication barriers that mark some of the key challenges to developing a Europe-wide campaign structure. Hence, when working on the procedure it must always be remembered that we are dealing with a European and not a national citizens’ initiative. Otherwise we run the risk to kill the instrument before it is born. In fact we are warned since it has happened with many national citizen’s initiatives rights, that they never could be used due to too restrictive rules.

If we bear in mind the existing high hurdle of one million signatures, any additional formal restrictions – such as sub-thresholds, time limits, issue exclusions and provisions for collecting signatures – should be kept reasonably low and as favorable as possible to the organizers of future citizens’ initiatives. In addition, some supportive elements and incentives ought to be incorporated into the procedure. We are proposing: every future ECI should be provided for with legal consultancy, translation services and financial reimbursement for a portion of ECI costs already before it is finalized (all three elements are existing in citizen friendly national citizens’ initiative procedures). We also made clear that it is essential that the EU-institutions explore and develop a verifiable online signature procedure. A verifiable e-signature option would tremendously help to facilitate large-scale use of and access to this new instrument

In Berg’s view, all three Vice-Presidents fully understood the message. He expects an official response by the Parliament.

Previous Post
Democratic Approach to International Life
Next Post
Lively Discussion at the OpenForum 1
Menu
We use cookies on our website to give you the most relevant experience by remembering your preferences and repeat visits. By clicking “Accept All”, you consent to the use of ALL the cookies. However, you may visit "Cookie Settings" to provide a controlled consent.
Cookie SettingsAccept All
Manage consent