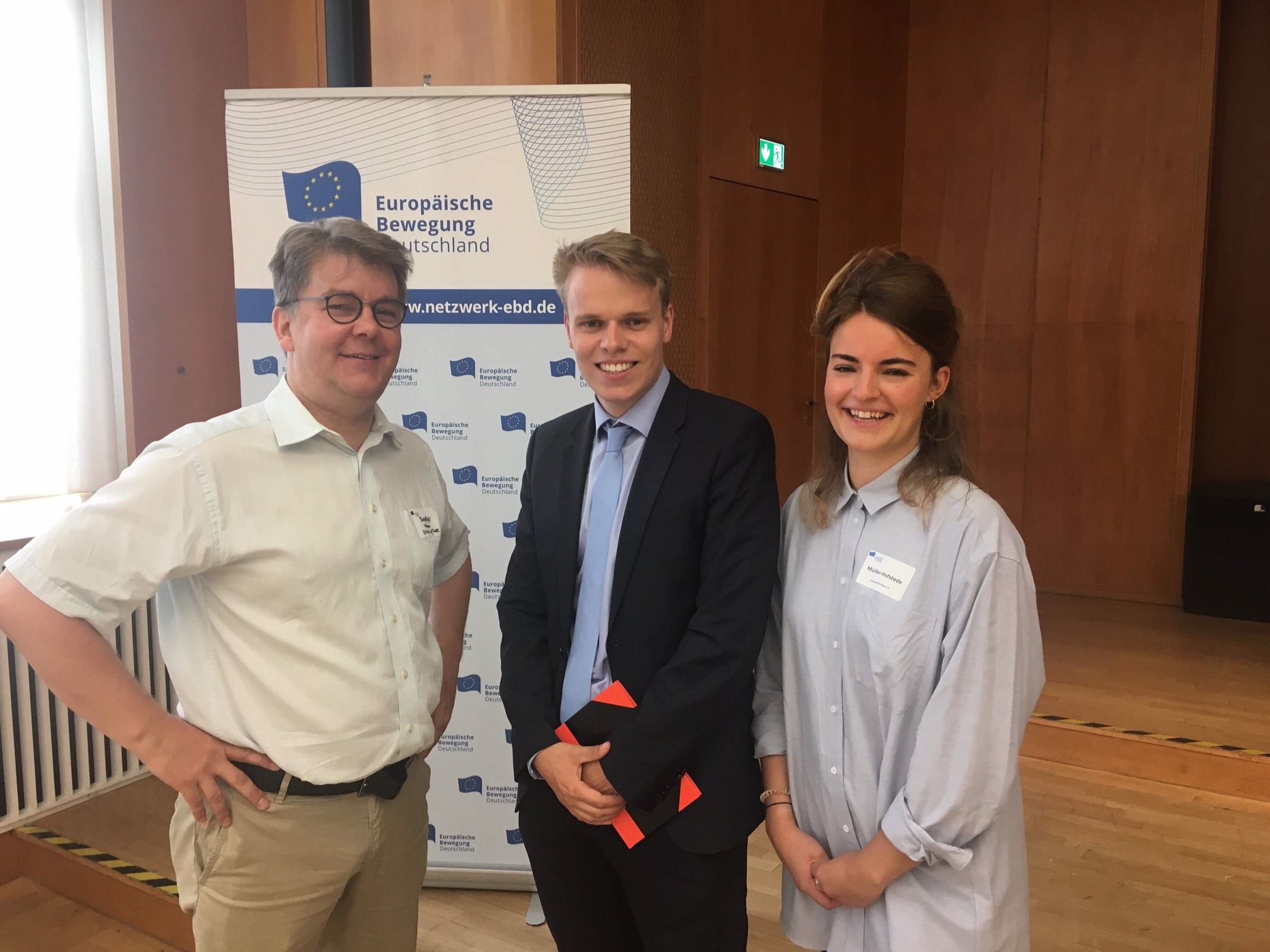 On the 2nd of July, the annual assembly of the European Movement Germany – the biggest platform for European politics in Germany took place at the Austrian Embassy in Berlin. As a member organisation and part of the network Citizens of Europe actively took part.

During the annual general meeting, Dr. Linn Selle was elected as President and Head of the Board and is the fourth female president in the history of the organization. The newly elected board with 26 members represents the diverse organised civil society. We are also proud that our candidate, Frank Burgdörfer was reelected for the position as board member of the Europäische Bewegung Deutschland e.V. / European Movement Germany.

Besides the different elections, the current political demands for 2018/2019 were adopted, under Linn Selle’s motto “The time has come to abandon national sovereignty.” In the context of next year’s European elections, the European Movement Germany presents itself ready to tackle the European challenges, by having a strong board and concrete political ideas and demands.

The European Movement Germany is Germany’s largest civil society network for Europe. It currently unites more than 244 interest groups from all parts of society: trade and professional associations, trade unions, educational providers, scientific institutions, foundations, political parties and businesses. Since 1949, its main aim is to promote European integration in Germany and Europe. Consequently, it supports and shapes the Europeanisation by exchanging information, promoting European communication and enabling the network to grow. As an organisation of the German Foreign Office (Auswärtiges Amt), European Movement Germany initiates and organises European political dialogues between politics and civil society and takes the recent European developments under closer looks.

We congratulate the newly elected board and wish everyone the best of success in promoting European values!

Previous Post
12-month EVS Programme at Citizens of Europe Office in Berlin
Next Post
EBD-Stakeholder Forum: Citizens of Europe moderated the workshop “European values and borders”
Menu
We use cookies on our website to give you the most relevant experience by remembering your preferences and repeat visits. By clicking “Accept All”, you consent to the use of ALL the cookies. However, you may visit "Cookie Settings" to provide a controlled consent.
Cookie SettingsAccept All
Manage consent