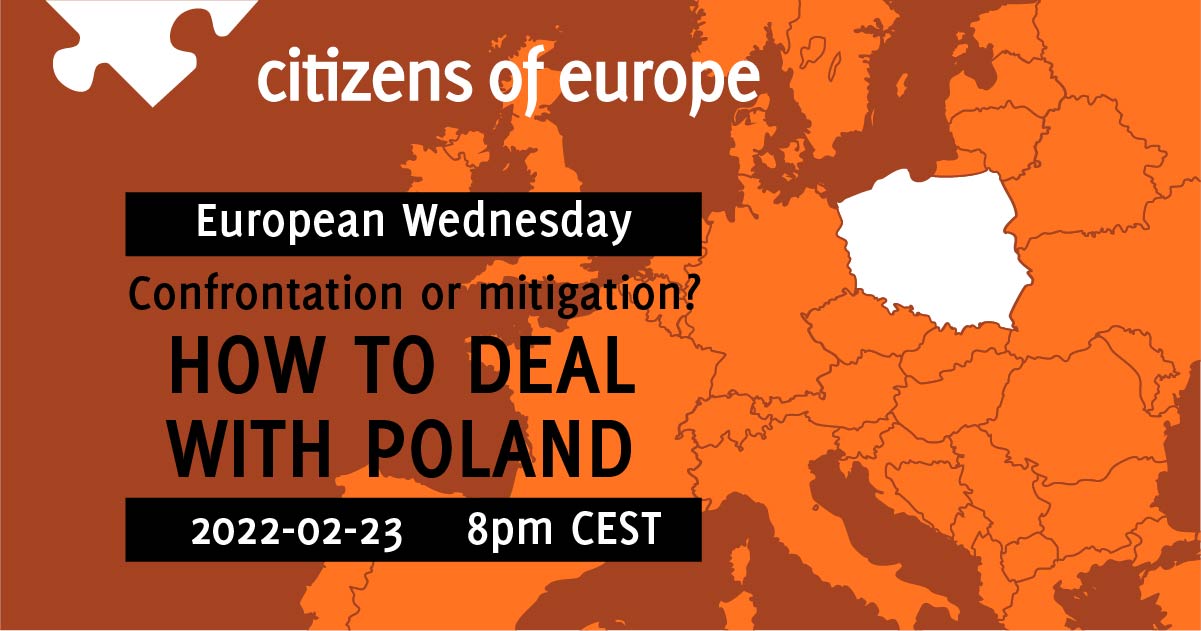 Confrontation or Mitigation – how should the EU deal with Poland in the dispute about the rule of law?

For several years now, the Polish government has been implementing policies aiming at a markedly national definition of legal and democratic standards, which have deeply divided the political scene of the country and sparked numerous criticisms from European actors, esp. the European Parliament. While some insist that EU standards are a precondition for EU-membership and must thus be enforced also after joining the Union, in order to keep her institutional foundations functioning, others argue that national sovereignty implies that the EU treaties strictly apply to areas of transferred competence only.

How should the EU and its various institutions deal with the Polish government – and other governments challenging what has been seen so far by many as joint European standards and principles?

What: debate with experts and interested citizens
When: Feb 23 (8pm CEST)
Where: Online via Zoom

We are asking two experts for their views – and want to debate this important question with YOU.

Our special guests are:

“European Wednesday” is an interactive online format of the NGO Citizens of Europe: Europeans from all over the continent discuss topics of common concern.

Previous Post
European Wednesday: Germany
Next Post
How you can support the Ukrainian people
Menu
We use cookies on our website to give you the most relevant experience by remembering your preferences and repeat visits. By clicking “Accept All”, you consent to the use of ALL the cookies. However, you may visit "Cookie Settings" to provide a controlled consent.
Cookie SettingsAccept All
Manage consent