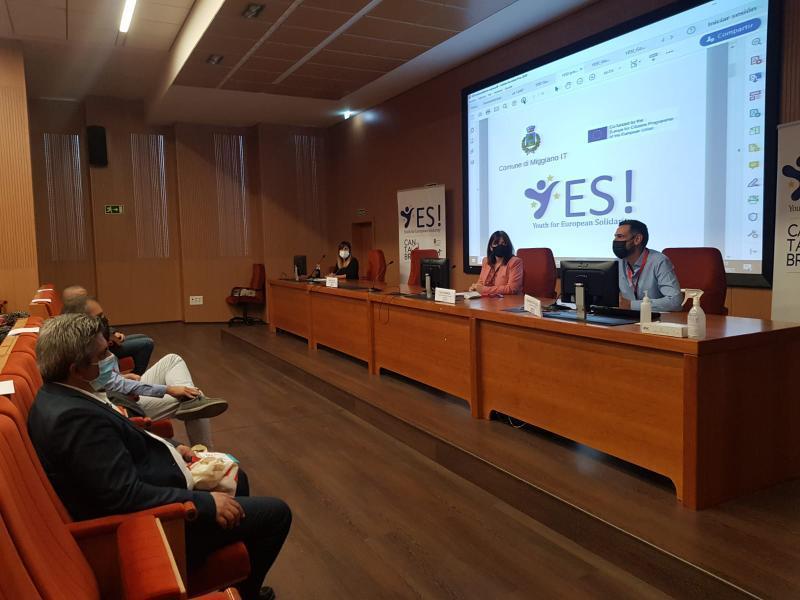 Citizens of Europe is a partner in a new series of events being part of the 2-years networking project “YES! – Youth for European Solidarity”. The first physical event “Global Citizenship. Exchange of Best Practises about Solidarity through Global Citizenship initiatives” took place on 20th and 21st of September Santander – Spain.

“YES!” is designed for creating spaces for discussion on the meaning of solidarity in times of crisis in Europe, on the effectiveness of existing European policies and programs supporting solidarity projects and on the Future of solidarity in EU. The aim is to identify innovative tools that could guarantee a strengthening of the European integration process.

On the first day the network was introduced by Evangelista Leuzzi, the Project Coordinator. After that we had a warm welcome from the General Director of Cooperation for Development Silvia Abascal Diego and from the Vicepresident of Cantabria Government Pablo Zuloaga Martinez. There was then a very interesting exchange of Good Case Practises among all organizations that were there. After that we had the opportunity to hear the presentation of two organizations in Cantabria, the Manuel Llano School and the Transformando Futuros Association. Last session of the day was regarding Coaching activities by an expert in Cooperation.

We had afterwards the possibility to visit near Santander the cultural site of El Castillo, Unesco patrimony. You can find more informations regarding the site at the following address:

We are looking forward to participating in the other meetings to see how far the impact of all the activities linked to this project will go.

To get to know more about the project:

Previous Post
The achievements of “Facilitators Are Coming Together”
Next Post
Punch Project – Final meeting in Dabrowa
Menu
We use cookies on our website to give you the most relevant experience by remembering your preferences and repeat visits. By clicking “Accept All”, you consent to the use of ALL the cookies. However, you may visit "Cookie Settings" to provide a controlled consent.
Cookie SettingsAccept All
Manage consent